Where would your business go on holiday? 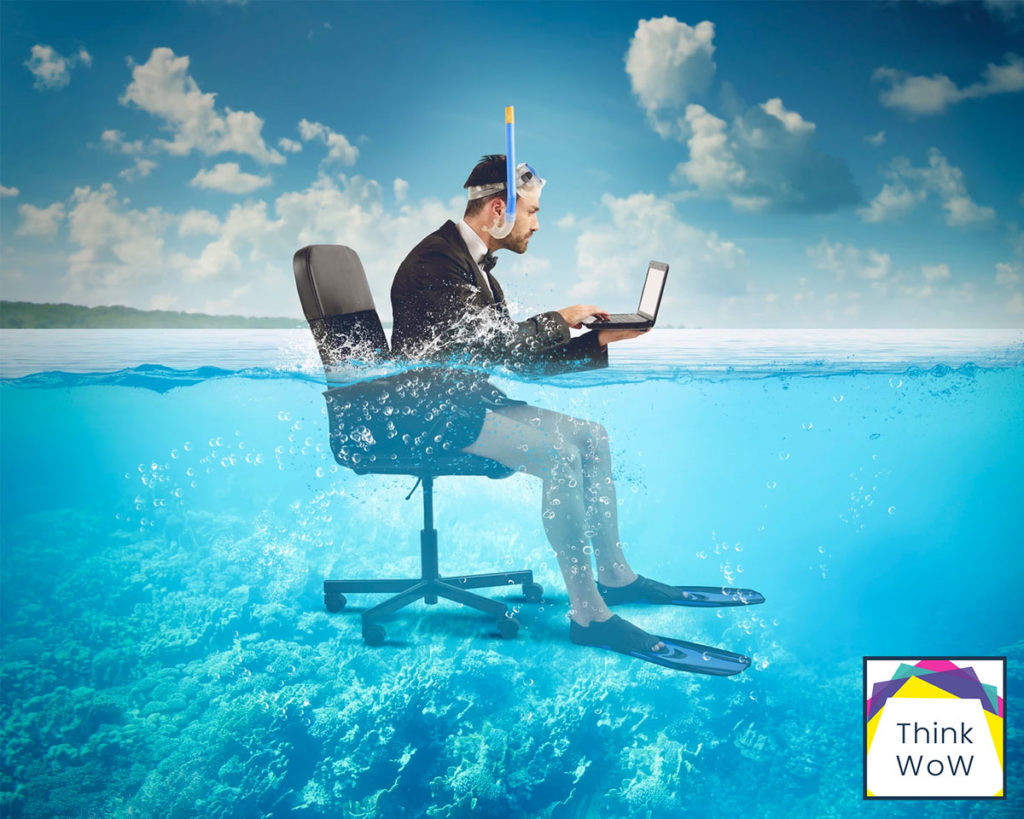 As winter draws to a close, a lot of us are missing the sunshine and that feeling we get from strolling barefoot down a sandy beach, ice cream in hand. It’s no secret that Brits love a summer get away — but have you ever wondered where your business would go on holiday? No, probably not — unless you’re getting through the winter months aided by a hefty dose of home-brew moonshine… but this isn’t as strange a question as it may first seem, and better still, asking it could help you deliver a better customer experience.

Apologies to the business psychologists, but corporate culture can broadly be described as how those things that can’t be found in the company handbook are done, and what is (or perhaps more importantly, isn’t…) acceptable in your business. For example — in Company A it might be totally normal for a project manager to wander across to his engineering counterpart and pick his brains about how the timings look on the design phase of his project plan, but in Company B this may well be akin to turning up to church in a beach towel and speedos. Meanwhile, over at Company C, Dick from Sales isn’t allowed to sit anywhere near Nadine from Compliance, but nobody talks about why…

None of these things can be found in the handbook, but they have at least as much influence over how things are done as hard-written business scripture. In fact; one of the phrases most commonly associated with corporate culture is ‘the way we do things round here’.

“Culture impacts most aspects of organisational life, such as how decisions are made, who makes them, how rewards are distributed, who is promoted, how people are treated, how the organisation responds to its environment and so on” Harrison and Stokes, Diagnosing Organisational Culture

Why then, if we acknowledge that our organisational culture has a direct impact on our performance, our ethics and even our happiness, do most businesses take such a passive approach to culture — especially given the ongoing love affair with meetings in the modern workplace? Ask yourself — when was the last time you attended a meeting with the word “culture” anywhere in the agenda? We see businesses running focus groups, deploying tiger teams or hiring experts, and subsequently implementing countless initiatives to increase productivity, reduce waste, win more work, increase margins and so on, but the likelihood is that unless the underlying culture adapts to accommodate the changes, the positive impact will at best be diminished and at worst completely negated.

One of the main challenges we face is that culture is notoriously difficult to define, has often evolved over years or even decades, and tends to be extremely deep-rooted. This can mean that, in the absence of one process or person fortuitously being the clear cause of a cultural issue, understanding how to improve it is a daunting task — often one that results in a business shying away from grasping the cultural nettle and instead focusing on more comfortable areas of improvement (like rebranding the stationery or getting a wider variety of hot drinks in the canteen).

So, should we just give up on having any deliberate influence over our culture; forever fearful that to meddle in these intangible forces could unleash a Pandora’s Box of new and even more terrifying problems? There’s no denying that this could well be the easiest option in the short-term and hey — if your business is ticking along okay, why rock the boat? The answer is that good enough is only good enough until something better comes along. Every aspect of your culture has the potential to impact the customer experience, and that really isn’t something we should be leaving to chance. The good news is that there is positive action we can take to bring our culture into alignment with the long-term goals of the business.

Firstly, we need to determine the critical activities within the organisation that require a decision to be made (think big, transformative stuff). Once these have been mapped out, those involved should try to understand the ‘personality’ of the business as it relates to these key decisions. Is the business impatient? Risk-averse? Overly macho? It may sound like something a toddler might do if you asked them to describe where mum or dad go to work, but it can help throughout this process to think of the organisation as if it were a person. Ask yourself — what gender would it be? How old would it be? Where would it live? What car would it drive? What interests and hobbies might it have? How would it spend its millions if it won big on the lottery? Where would it go on holiday? Whilst this might seem like idle fantasy, acknowledging that the identity of your organisation is as ethereal and unique as the characteristics of a human being can go a long way towards demystifying it.

Once you have determined the emotional factors at play behind the big decisions, try to identify the root cause of the behaviours. It could be that an unyielding pressure on monthly cash performance is driving short-term, high-risk decisions, or it could be a completely unrelated but dysfunctional relationship which is negatively impacting the team. Nobody said getting to grips with this issue would be easy, but then — nothing worth doing is.

Key to the success of any efforts to influence culture is an engaged team. This article will not go into depth on this topic as it is a complex topic in its own right, but creating a virtuous circle of employee engagement is an excellent place to start (Source: De Vita, Management Today, April 2007).

So, don’t leave a facet of your business that influences every part of customer experience to chance. Grasp the nettle, define your culture instead of letting it define you, and supercharge your success. 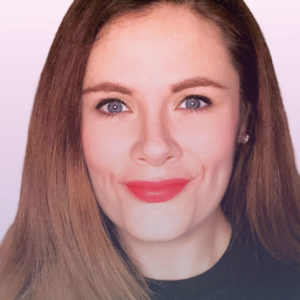 Rebecca's intense passion for customer excellence began over a decade ago when she oversaw the opening of several high-end retail art galleries, balancing the need for an exceptional experience with a drive for sales.

Talk to Rebecca
PrevPreviousWhy we love customer complaints… and you should too!
NextSuperheroes need saving too!Next 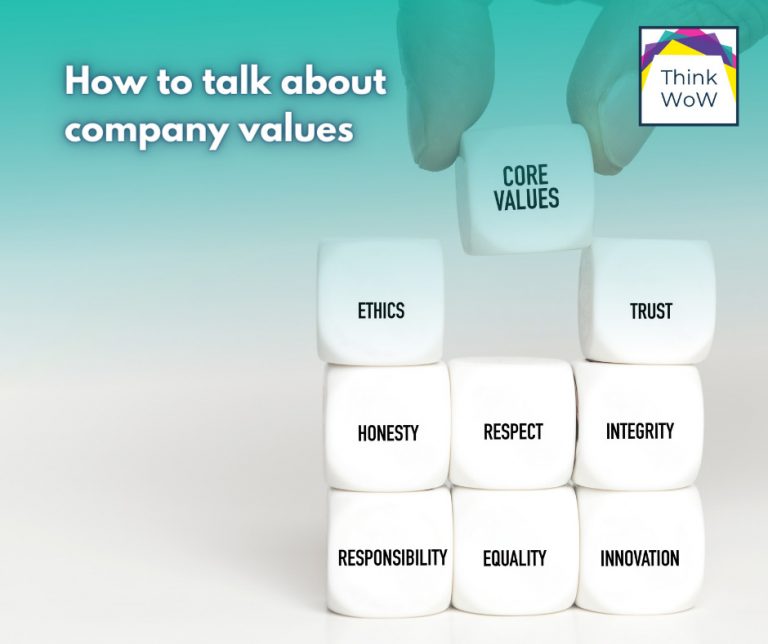 How to talk about company values 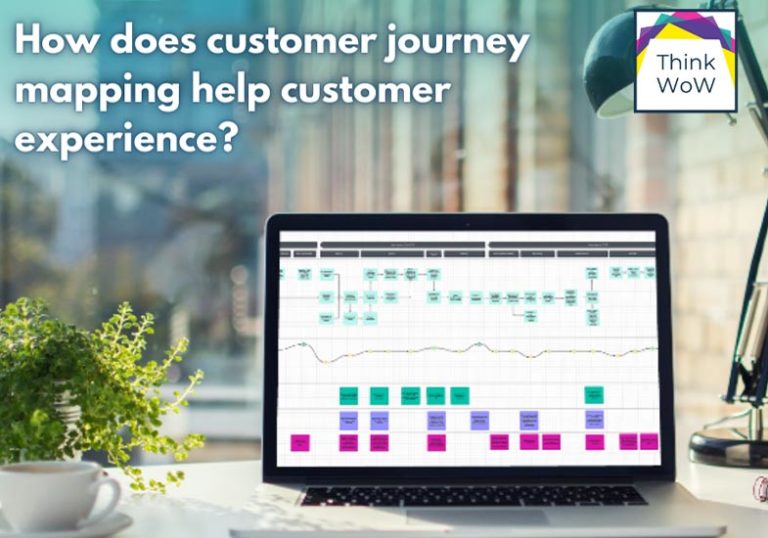 We use cookies on our website to give you the most relevant experience by remembering your preferences and repeat visits. By clicking “Accept All”, you consent to the use of ALL the cookies. However, you may visit "Cookie Settings" to provide a controlled consent.
Cookie SettingsAccept All
Manage consent

This website uses cookies to improve your experience while you navigate through the website. Out of these, the cookies that are categorized as necessary are stored on your browser as they are essential for the working of basic functionalities of the website. We also use third-party cookies that help us analyze and understand how you use this website. These cookies will be stored in your browser only with your consent. You also have the option to opt-out of these cookies. But opting out of some of these cookies may affect your browsing experience.
Necessary Always Enabled
Necessary cookies are absolutely essential for the website to function properly. These cookies ensure basic functionalities and security features of the website, anonymously.
Functional
Functional cookies help to perform certain functionalities like sharing the content of the website on social media platforms, collect feedbacks, and other third-party features.
Performance
Performance cookies are used to understand and analyze the key performance indexes of the website which helps in delivering a better user experience for the visitors.
Analytics
Analytical cookies are used to understand how visitors interact with the website. These cookies help provide information on metrics the number of visitors, bounce rate, traffic source, etc.
Advertisement
Advertisement cookies are used to provide visitors with relevant ads and marketing campaigns. These cookies track visitors across websites and collect information to provide customized ads.
Others
Other uncategorized cookies are those that are being analyzed and have not been classified into a category as yet.
SAVE & ACCEPT
Powered by

When it comes to strategy, is yours winning loyal customers…
or sending them running into the arms of your competition?
Take the 2 minute quiz to find out!